The technology created by CelVivo allows generation of uniform, reproducible and functional spheroids and organoids. These spheroids mimic the function, structure and architecture of in vivo cells. Our technology isn’t merely “3D cell culture”, it lets customers perform research using cell models with an unprecedented correlation between in vivo and in vitro conditions, and closes the gap between 2D cell culture and cell function. 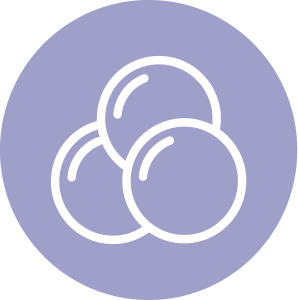 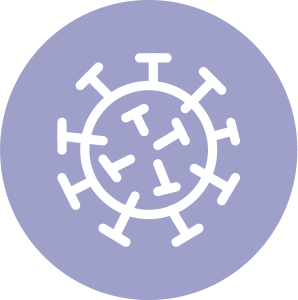 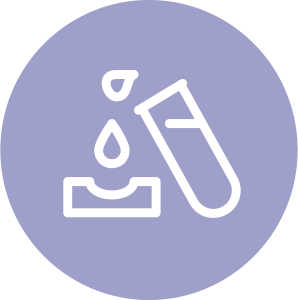 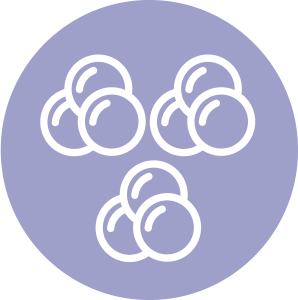 Determining toxicity is a major need and it is challenging.

Toxicity must be assessed using both short-term (single dose, 24–48h; acute) and long-term (multiple doses, weeks to months; chronic) culture conditions. This is because drug induced liver injury (DILI) can develop following a single acute exposure and from repeated chronic treatment (e.g. by development of drug tolerance or deposition of metabolites)​. Long term treatment is especially important because it corresponds to the usual treatment regimen for patients but is difficult to replicate in an in vitro system.

Animals have proven not to be an accurate model and 40–50% of the drug candidates associated with hepatotoxicity in humans did not present the same toxicological concerns in animal models.​

One of the reasons for this discrepancy is the differential expression and activity of drug metabolizing enzymes between animals and humans that might confound the extrapolation of data derived from model species.

The ClinoStar in vitro 3D spheroid system that can be used for determining toxicity.
It has been shown that using clinostat – based system as growth environment for immortal hepatoma cell line the model constructs responded correctly to treatment with six commonly used drugs. Use of immortal cell line makes the system very accessible, inexpensive and reproducible also between different laboratories. Cells grown in the system recover liver functionality to a level seen in in vivo tissue and some primary cells. Use of the system allows to select targets more accurately for further clinical studies and greatly reduce and improve use of laboratory animals

The drugs chosen were: amiodarone, diclofenac, metformin, phenformin and paracetamol [Fey et. al. 2020]  and valproic acid (VPA). The selection was based on their diversity of structure, target organ, biological half-life and cytochrome 450 enzyme that metabolizes them. Their important properties are presented in Table 1.

An important question to be answered is how predictive the in vitro toxicity determination is compared with that observed in vivo (i.e. persons who accidentally or deliberately were exposed to lethal doses). This question was approached by averaging all the literature available for the selected. The data were divided into three categories:

All the in vitro toxicity data were converted to LD50 (mg compound per mg protein) and compared with the in vivo comatose or lethal dose.

The answer was clear. 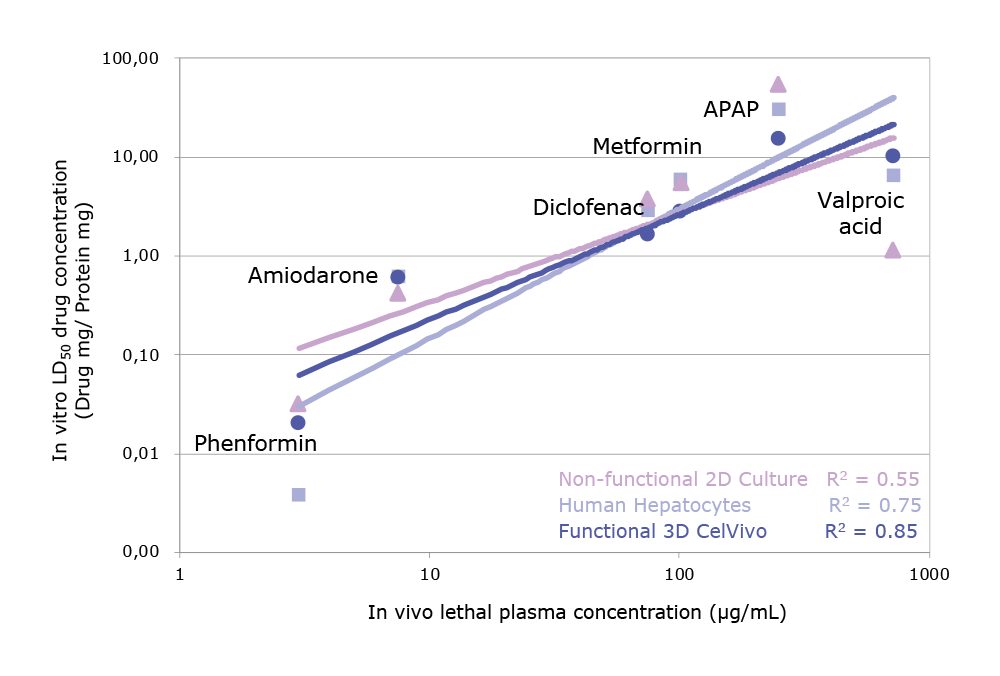 In order to investigate the spheroids’ response to drug treatment in detail, spheroids were treated six times with various doses of paracetamol at 48-h intervals during a 10-day period . Samples were collected at the time the medium was exchanged and in addition, 3 and 6 h thereafter.

In total, 20 mg paracetamol per mg protein was shown to be acutely lethal. Half of this dose was found to be chronically lethal, where four treatments killed the spheroids.

Interestingly, at the lower doses of 5, 2.5 1.25 and 0.625 mg/mg, the stimulation of the ATP response did not appear to be dose dependent. One possible explanation is that these cells have reached a maximum tolerable ATP limit.

The response to all doses became stronger after the first two treatments, suggesting that the spheroids were adapting. They may be producing additional glutathione and reducing rates of protein synthesis and degradation.

Both of these features are significant because multiple doses are relevant for patient treatment. The therapeutic dose is 4 g/day resulting in a blood concentration of 10–25 μg/ml. If the ATP levels are indicators of the therapeutic effect, then treatment is maximized already at very low doses. Thus, a lower therapeutic dose might be sufficient and maintenance doses could be even lower.

Finally, because of the simplicity of the ClinoStar system, it is possible to test repeated drug treatments over extended periods of time. The longest treatment presented here was six treatments in 10 days but could have been extended. Thus, HEPG2/C3A spheroids offer an inexpensive, highly reproducible alternative, which would be comparable between labs. Therefore, C3A spheroids can be used for repeated-dose screening of candidate drugs (whether natural compounds or synthetic).

Our technology has been used for cultivating: