The CelVivo system creates an environment which promotes the growth and maintenance of large 3D tissue mimetic structures, whether they are spheroids, organoids or other aggregates.

There are several advantages of using a clinostat for cell culture. The two main benefits of the clinostat are low shear stress and active diffusion. These benefits result in the cells being able to present a physiological performance similar to that seen in vivo and the reestablishment of  intercellular communication. Some of the physiological changes observed in the cell culture when cultivated with the CelVivo Technology are described below. These and additional data are presented in the cited peer-reviewed publications.

Characteristics of cells cultivated in ClinoStar

These observations are made using the C3A derivative of the HepG2 hepatocytes (ATCC CRL-10741) cultivated for at least 18 days in the clinostat culture. These cells need 18 days to recover from trypsin-induced damage and exhibit an in vivo physiological performance. This is not special for this cell line and there are numerous publications describing that other cell lines need similar recovery (or ‘maturation’ periods). Once recovered the cells remain stable and can be used for experimetns for at least 24 days, and often longer. In one experiment a spheroid  was maintained in the system 302 days (Wrzesinski et al. 2013 )

The growth rate of the spheroids was evaluated using the protein content as an indicator of the number of cells present,. In classical monolayer cell culture conditions (‘2D’) the C3A cell line has a doubling time of about 1 day. This is much faster than even the tumour from which it was derived. In clinostat culture the proliferation of the C3A cells was shown to dramatically decrease during a 42 day culture period so that after the 42nd day, the doubling time was about 65 days. This is approaching the 200-300 day turnover rate of hepatocytes in the healthy liver. 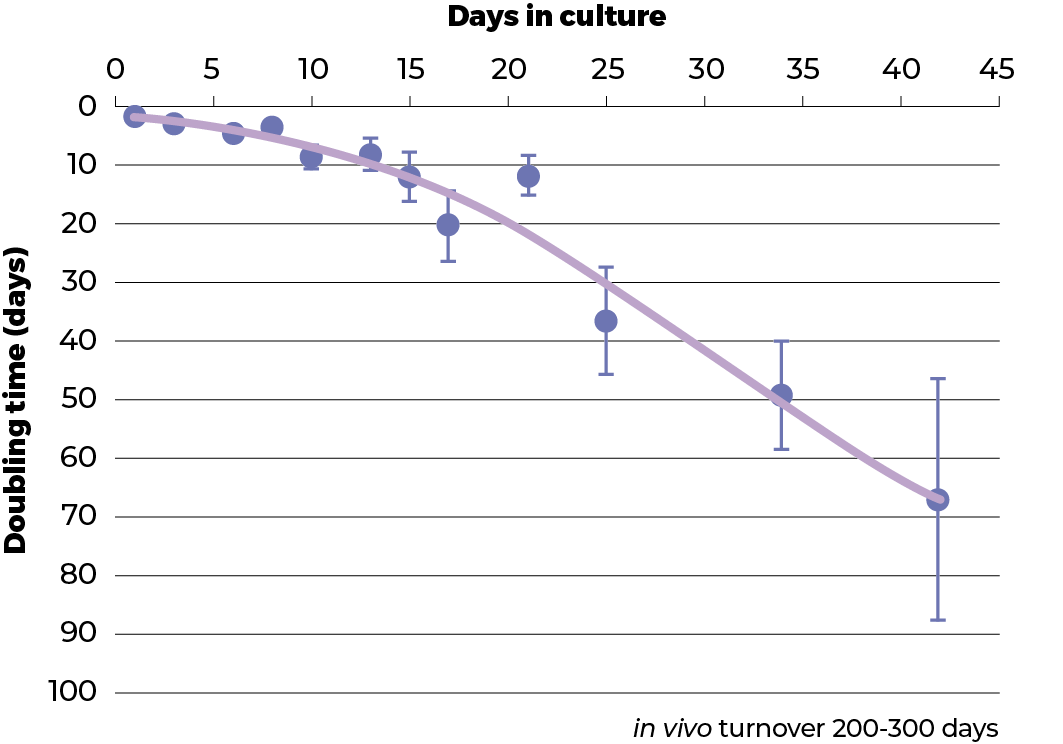 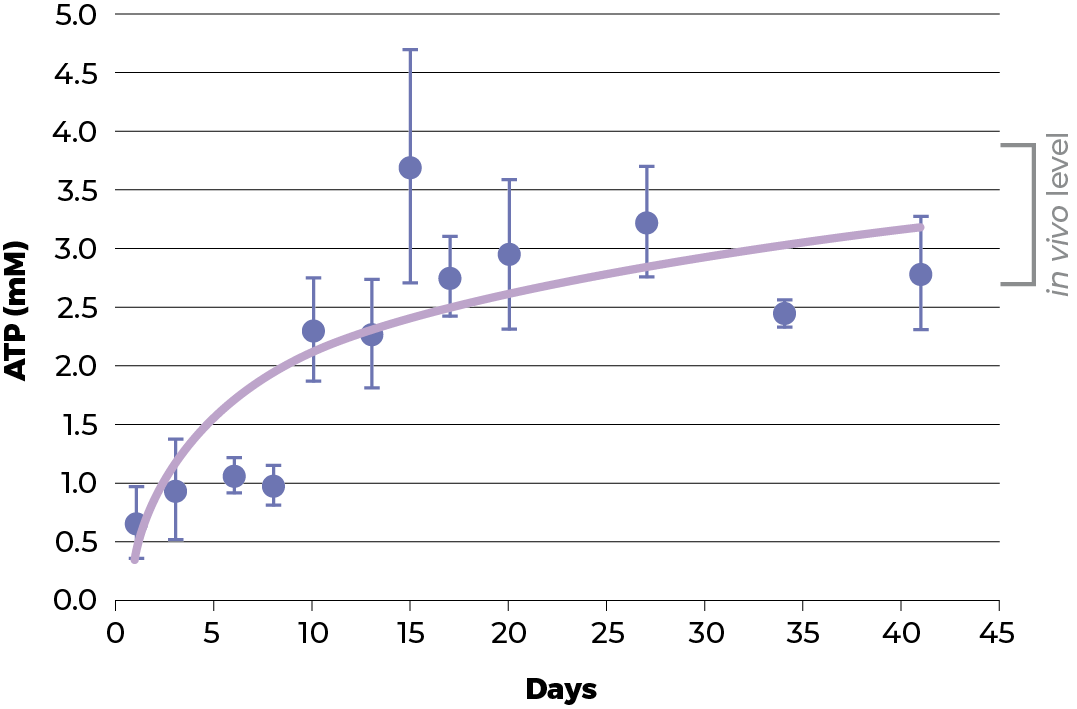 To have a good model, the physiology functionality and structure of the spheroids should resemble its parental tissue. Therefore, the functionality of C3A spheroids culture was evaluated and benchmarked against two normal physiological functions of healthy liver hepatocytes: urea and cholesterol production. 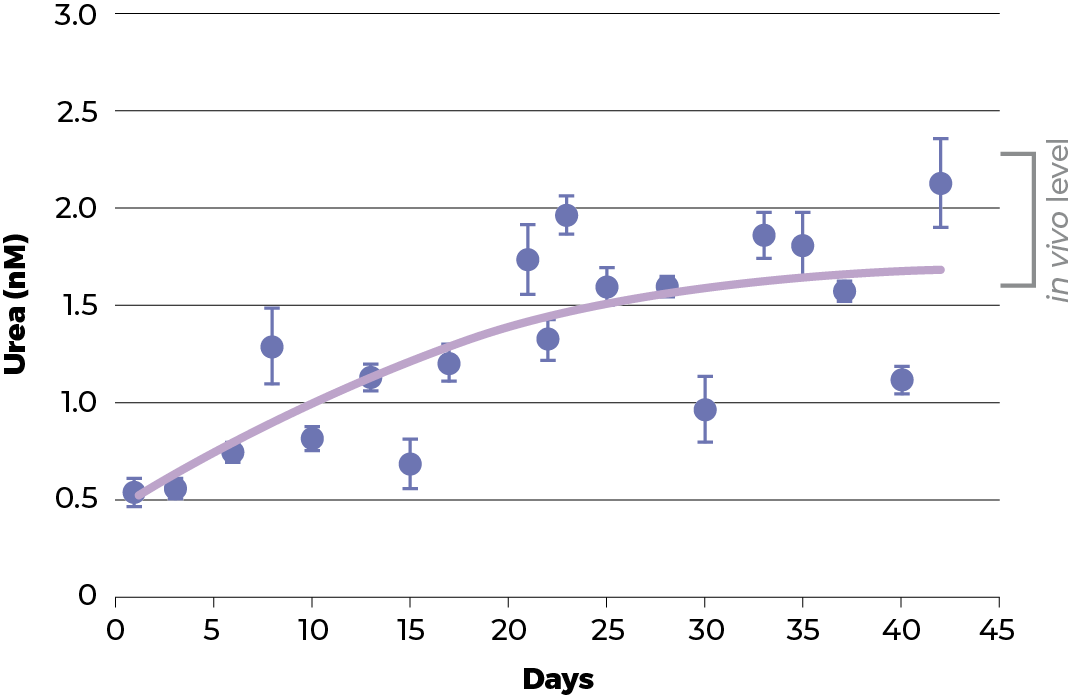 Examined by electron microscopy, cells in 3D spheroids exhibit all the ultrastructural organelles normally seen in eukaryotic cells (nuclei, mitochondria, rough endoplasmic reticulum, etc. (N, M, RER respectively). Cells exhibit clear tight junctions (TJ) that compartmentalize the plasma membrane, allowing different receptors, transporters and enzyme systems to be sequestered to specific regions. In addition, spheroids exhibit several features that are infrequently seen when the C3A cells are grown under traditional monolayer  cell culture conditions (2D). These features include the formation of bile canaliculi-like structures in the microvilli-free inter-hepatocyte faces. In vivo, in the liver these canaliculi merge and develop into bile ducts leading to the gall bladder. Microvilli can be seen in the sinusoidal-like channels. In vivo, these channels, together with an incomplete layer of endothelial cells, form the space of Disse. Spheroids also exhibit glycogen granules characteristic for the storage of glucose in the liver 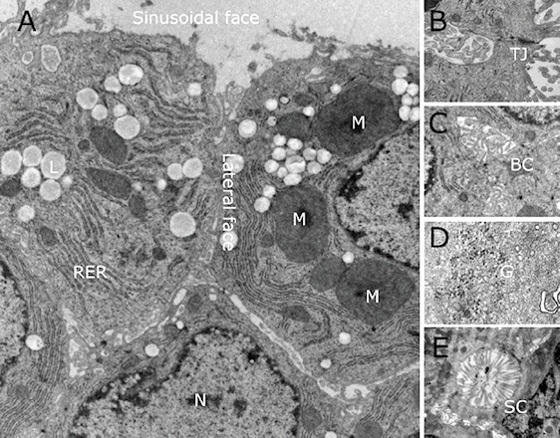 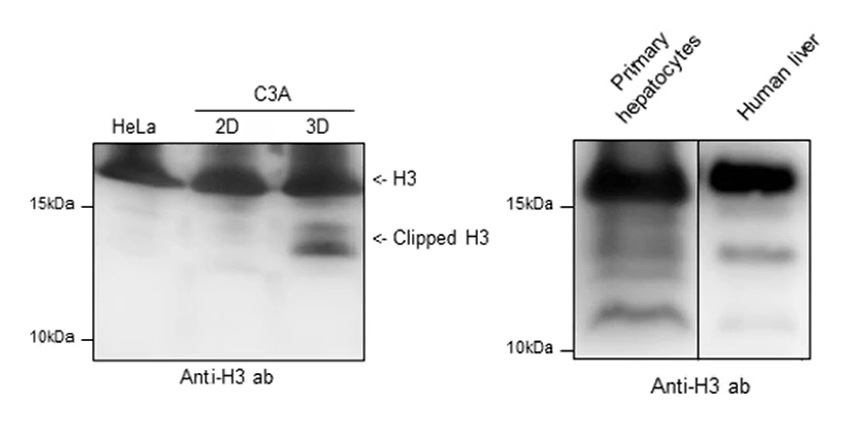 A proteomic study of C3A cells grown as traditional monolayer (2D) or 3 dimensional clinostat spheroid culture (3D) showed a significant metabolic reprogramming resulting in structurally changes in actin organization, an increase in microtubules and a decrease in keratins 8 and 18. Metabolically, glycolysis, fatty acid metabolism and the pentose phosphate shunt were increased while the TCA cycle and oxidative phosphorylation was unchanged. Enzymes involved in cholesterol and urea synthesis were increased consistent with the attainment of cholesterol and urea production rates seen in vivo. DNA repair enzymes were increased even though cells were predominantly in G1/Go. Transport around the cell – along the microtubules, through the nuclear pore and in various types of vesicles was prioritized. There were numerous coherent changes in transcription, splicing, translation, protein folding and degradation. Even the amounts of individual proteins within complexes were shown to be changed in a highly coordinated manner. 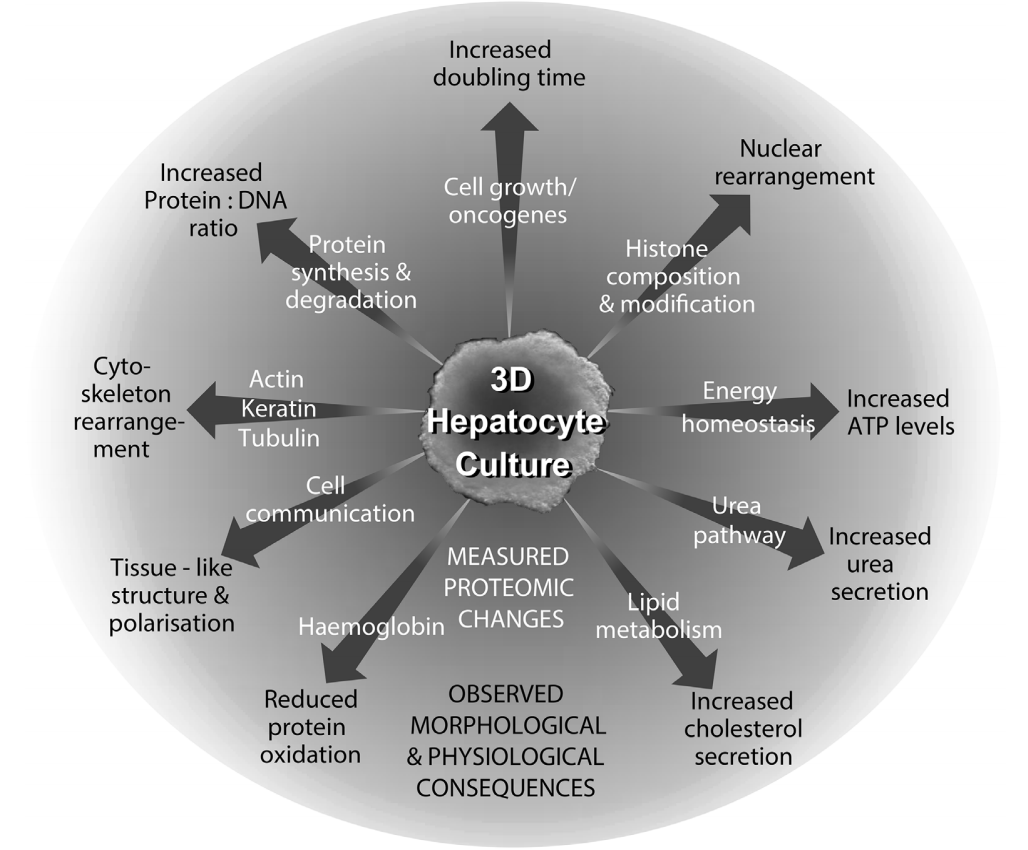